Dreame - One Night Stand With A Stranger CEO

Add Innovel to the desktop to enjoy best novels. 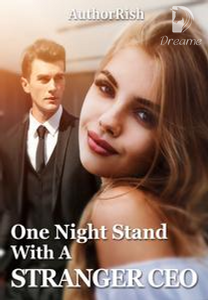 One Night Stand With A Stranger CEO

READING AGE 16+
AuthorRish
Romance
ABSTRACT
***Completed** Patricia :- simple girl with passion Richard :- A beast in suit, a real monster who wanted to make Patricia his at any cost. by mean of love or force. Richard cleaned the make-up on Patricia's hand with a handkerchief and threw it in the side of the bed. He looked into her eyes erotically and kissed that mark on her hand. Seeing his reaction, she started getting offended. She wanted to avoid each and every touch of him. The more she was stealing her body from him, the more he became fierce. She was looking at him up in the arm. "You do not understand me. Can’t you see that I am getting hurt by your actions? Do you know what your problem is? Actually, you don't see anyone's grief in front of your happiness. You are not a human being but an animal. You don't mean anything by anyone's feelings or pain. You get what you want. Do you know the meaning of love? Do you even know the meaning of Respect? I must say you are very selfish Mr. Richard Ben." Patricia jerked her hands and said with great anger. She was throwing tantrums at him. She understood that now she has stuck in a place where it is not possible for her to leave. This was not the thing she had expected today. Richard was agitated after hearing the words of Patricia. When he got the news of Martin and Patricia's marriage, he was burning in the fire of revenge. The devil inside him was awake. He grabbed Patricia's wrists more tightly and pulling it towards him, he said, “You are saying that I am an animal and you are taking so much name of Martine. Where was he when your mother was kidnapped and you were getting r***d by that old man Billy? Why he could not find you when you went to church to become a nun. You know what, the day I got the news of you and Martin's wedding, I thought of bringing you on the same day. But I wanted to see what you could do about it." Richard thought it appropriate to control his anger a little. He wants to convince Patricia with love Even though he wanted to acquire Patricia, he did not want any wrong feeling to arise in her mind. But Patricia was not ready to understand. "Shut up you bastard. Don’t compare yourself with him. I don’t want to hear anything about you. You shouldn't have brought me here. You know Martine must have been looking for me like crazy. "On saying this, Patricia pushed Richard hard and tried to left that place "I have been listening to the same thing ever since I came, Martine, Martine. What do you think you will marry him and I will let you do it.